Home Celebrities Adele Diet Thanks to Which She Lost 30 LBS 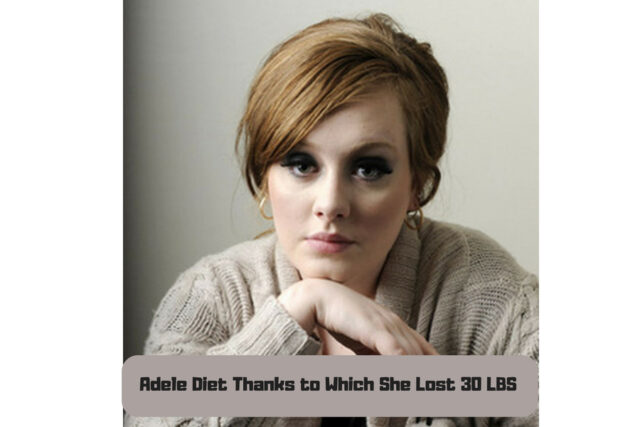 We all love Adele and her heavenly voice. She said at one occasion that she would never lose weight just because someone criticized her and she pointed out that she was a musician and not a model on the cover of Playboy. Nevertheless, Adele has decided to lose some weight since she had first appeared on the world stage in 2008.
We are not sure how much the singer managed to drop, but it is rumored that she is now lighter by two stones, which is a fascinating result. She has never given us the specific number but noted that she had changed some simple things that helped her transform her figure.

Daily Mail reports that Adele was on The Sirtfood Diet, meaning that she was allowed to eat things like turmeric, buckwheat, kale, green tea, etc. Foods mentioned here are famous for activating sirtuins and switching on the skinny gene in the body. The good thing for Adele is that she could enjoy cheese and wine during her diet. Another advantage of sirtuin-rich food is that they have anti-aging properties as well. When you think about it, Adele does look fantastic!

Health expert Jaclyn London, MS, RD, CDN, nutrition director at the Good Housekeeping Institute told Woman’s Day about the benefits of sirtfoods. She explained: “What I do love about this diet is the emphasis on plant-based foods that are chock-full of phytonutrients, antioxidant-compounds that we should all be eating more of in order to reduce the risk of chronic disease and boost immune function. Loading up on leafy green veggies, fish, dark red/purple fruits and veggies, olives, and olive oil — plus making an effort to eat more seafood — is key to overall health, weight loss, and longer-life.”

Besides eating healthy, Adele had a fitness plan she followed. This plan was created by Pete Geracimo, who was working with David Hasselhoff and Kim Cattrall in the past. According to the instructor, the program focuses on circuit training, weightlifting and cable machines that sculpted Adele’s body. Although Adele never wanted to be “model” slim, which she pointed out several times, she obviously wanted to get her line in shape for her world tour. Despite the visible improvement, Adele has never liked the gym, and she was honest about it. She said: “I don’t enjoy it. I do like doing weights. I don’t like looking in the mirror.”

According to Adele, she had to give up the tea with sugar, something every British person enjoys. She spoke to the Sun: “I used to drink 10 cups a day with two sugars in each, so I was on 20 sugars a day. Now I don’t drink it, and I have more energy than ever.”

Adele also joked that losing weight has its downsides as well. According to the popular singer, she has been going shopping a lot more since she lost weight. Hopefully, Adele goes shopping for her three-year-old son Angelo and her boyfriend Simeon Konecki as well.

Recently, on a concert in Sydney, Adele struggled to hit the right notes of the James Bond theme song Skyfall. And she told the audience: “When I wrote that song, I was heavily pregnant.” According to Adele, she had one of the symptoms which caused her voice to get much lower than it usually is. And the evidence back this theory. The voice of pregnant women can sometimes go lower. Researchers claim: “It could be women are modulating their own voices to sound more authoritative, faced with the new challenges of parenting.”

With her voice lower or higher, Adele looks fantastic after the weight loss. And she always sounds like an angel!