The traditional American cuisine is rich, and the first things that people think of are hamburgers, chicken, hot dogs, etc. This is mostly true, and the Americans use a lot of meat in their traditional dishes. However, their cuisine is interesting because it has been influenced by the European nations such as England, The Netherlands, Germany, France as well as some other countries from the Caribbean. Here are ten traditional American dishes which you will find in every corner of the country.

The first time Buffalo Chicken Wings were served in the Anchor Bar in Buffalo, New York and they have become the most popular bar food. Invented in the 1960s, the fried chicken wings doused in a cayenne-vinegar hot sauce known as the buffalo sauce are the true epitome of the American culture.

You cannot go to a baseball game without ordering a hot dog on the stands. However, the person who invented this mean is Charles Feltman from Germany, and he used buns to serve the German sausage. That is why the hot dogs are also called frankfurters. Even though the invention belongs to this gentleman, Polish immigrant Nathan Handwerker had the popular hot dog stand called Nathan’s on Coney Island that turned this simple dish into a national treasure.

The Apple Pie is the most American dish you can think of. The pie was introduced by British and Dutch immigrants, but over the years, this pie has become purely American. People here usually serve it with a scoop of vanilla ice cream, and you cannot go to the State without trying an apple pie.

Barbecuing food has been a part of the American culture for a long time, and there is not a better relaxation than making a barbecue and inviting some friends over to your house. Barbecue ribs have separated from the other food and became the traditional dish. The best barbecue is in the cities such as Kansas City and Memphis.

We are not quite sure how this sandwich was created, but it became one of the inevitable dishes for those who want to try traditional food. Some people claim that the Reuben Sandwich was invented by a grocer named Reuben Kulakofsky from Nebraska, whereas the others believe it was Arnold Reuben, the German owner of New York’s now-closed Reuben’s Delicatessen, who came up with the idea in 1914.

This simple dish comes from the South, and it is the favorite meal of many Americans all over the country. The biscuits are brought by the British, whereas the gravy was created by the colonies of the South during the Revolutionary War. This was a chip dish, which was something food-strapped colonies needed at the time. The biscuits are made with butter or lard and buttermilk, whereas for the gravy you would need meat drippings, chunks of fresh pork sausage and black pepper. Today, you can find the biscuits will all sorts of ingredients.

The meatloaf is another traditional dish that every family makes differently, which is the beauty of it. It involves ground meat and seasoning made into a loaf shape. Roast the meat and put the sauce over it or just ketchup and you will get a delicious meal.

Hamburger is definitely one of the most popular foods in the USA. There is a wide array of hamburgers, and the list of variations and toppings never ends. You can eat a different hamburger every day, and they are definitely a large part of the culture.

The simple combination of macaroni and cheese is what every American loves to see on their plate. It is said that Thomas Jefferson himself introduced this to the American cuisine after his trip to Italy. He brought a pasta maker and Parmesan cheese to Virginia and served the dish in 1802.

One of the most traditional dishes in the States is Chocolate Chip Cookies. The first batch was created by Ruth Graves Wakefield in 1938. It was her recipe that was used by Nestle since the 1940s, and every proud mother and grandmother loves to make these! 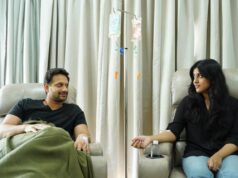 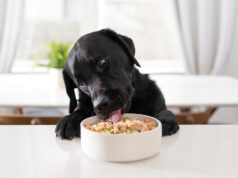 Why is Dog Food Important?